“How many people of this senior living facility would you say are visited less than once a year by a close relative?”

The problem with parables is that crafting one requires a kind of condescension, which, in turn, requires arrogance, i.e., I will deign to be teacher to coevals and equals, nay, even intellectual superiors. One must train the reader to interpret the parable, that is to say, you have to reveal a key for interpretation that is accessible to the reader so that interpretation runs along certain lines. Thus, one must write obliquely enough to be engaging at a parabolic level, but also straightforward enough that the parable functions. If one tips the hand too quickly, e.g., “once upon a time,” or “there once was a boy from Nantucket,” the parable fails because the reader will inevitably throw up a wall, objectifying the parable rather than participating in it. Too obliquely, and the parable fails because there’s no way to unlock the thing, and it becomes a difficult and obscure tale with no meaningfulness, even if the reader participates. There I failed.

My second mistake was egregious: do not obfuscate the point with a contentious tangential point. I should have known better than, in a blog that is read by many who are well-versed in econometrics, to make an empirical claim that government policy of the Depression Era affected the behavior and work ethic of an entire generation. First of all, I didn’t actually make that claim, but the way I wrote it implied as much. Second of all, I was repeating what I hear over and over again, from their lips. Third of all, that’s not the point. This was such an egregious error of writing on my part that, when I realized I had grievously committed it, I found a quiet place and flagellated myself without mercy for several minutes.

The point is that you can fill in the blank with any larger-than-life institution which collects for itself and can make promises about the future: the government, the church, the union, the manufacturing plant, the lodge, alcohol, savings, and even family, if you understand family as a similar construct, not as flesh-and-bone. As loath as I am to tip my hand and actually explain the parable, which is like Da Vinci explaining the Mona Lisa (cf. arrogance, above), the parable is about achieving self-actualization, or the lack thereof. Many people live a life of accumulation, thinking they can annuitize in relative ease and comfort. The problems of annuitization, unfortunately, are created in the accumulation phase, namely that they give themselves over to a construct, that the government will love, that the church will love, that the lodge, and so forth, will love and care for them, so that flesh-and-bone family and friends become tools whereby to accumulate. In so doing, they–no, wait–I do believe here I will leave space so that I might stretch a yarn or two at some date in the future to illustrate what I mean. 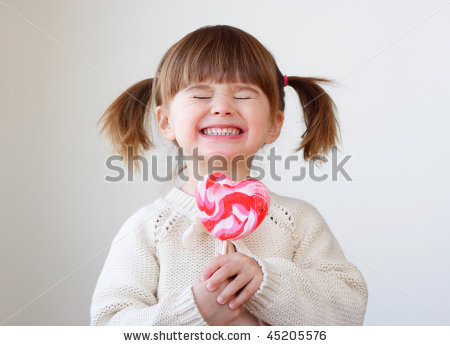 However, when I say I hear it from “their” lips, much consternation arises concerning the referent. Surely not representative!

Senior living centers are those places where people transition from being retirement age to elderly, still able to care for themselves, but not in the environment of a home with, say, maintenance needs or many stairs.  I had twelve residents in a group, chatting it up as we usually do, and I asked them point-blank, as bluntly as I could muster courage to do (these are my friends): “How many people of this senior living facility would you say are visited less than once a year by a close relative?”

Without hesitation, I heard a voice say, “Oh, lots.” It was a woman’s voice. I do not know if that’s significant. There are 48 residents in this particular apartment complex, so I had one quarter of them before me. I looked: one never married, no family nearby; a second married, divorced young, never remarried, no children, sister is too elderly to visit; two live across the continent from their children; two alienated their family with personality disorders; one has outlived anyone near her. What is that? Seven of twelve? But we were talking about the people who had not joined us, of course. “Oh, lots.” What’s the number?

“Well, you have to understand that kids these days are so busy.” We’re talking about grown people who are in their 50s and 60s. We’re calling them kids; that may be significant, but who knows? That’s why we put it in parables: what do you think? Is this representative? As if on cue, while I was thinking this very thought, another lady began to speak:

“We never thought we would have to move here. We worked our whole lives so that we could live in a comfortable house and not move here, but one thing led to another, and here we are. We had no choice. And, as for us, we’re lucky–” That’s right: she invoked Luck, “–we’re lucky that our children live nearby and visit us.”

See, a parable is, at the very least, about the teller: this parable is about me. Not them: me. The parable craftsman tries to envelop you with his own existential question: is it not also about you? Are you not a coeval? What, exactly, did they do to alienate themselves from their families? Did they actually do anything wrong or un-virtuous? Am I living in the same un-virtue as they are? I may die alone, as I think all are destined to do, but I do not want to live alone, live lonely, live loneliness. Is loneliness in the winter of life avoidable only by luck?

Once upon a time, luck sent an old man/lady to a nursing home, bound to a wheelchair with a belt, suffering from mild dementia, in Nantucket…