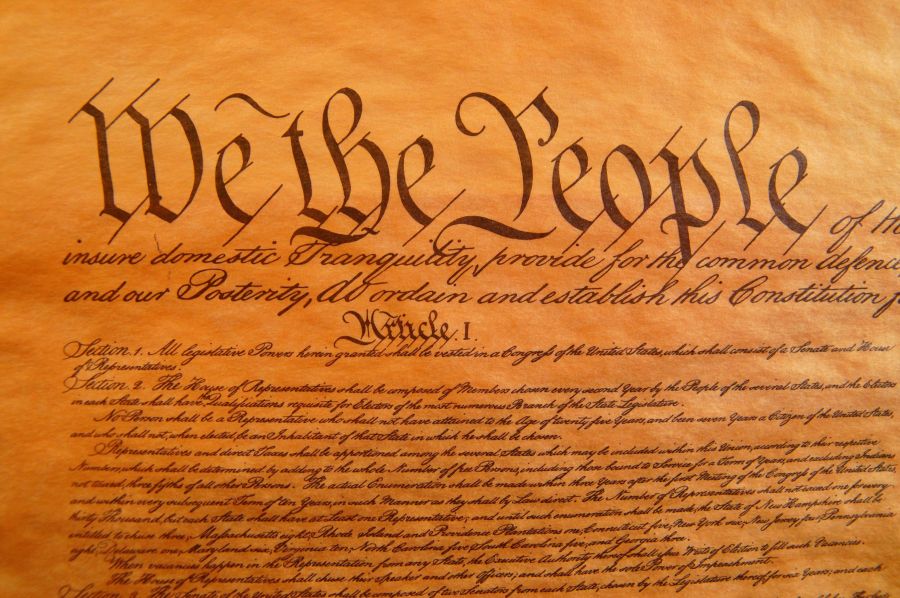 I’m going to step out of character for a moment here—at least out of my anti-telescopic morality character. To an extent.

Recently our very own Sam Wilson wrote the following:

The context does not matter. Sam could have uttered these words on nearly any subject where the actor is some agent of the state. And, in fact, he has, numerous times recently and in the time that I have come to know him.

I agree with Sam on a lot. We share the background intellectual framework imparted by the economics department at GMU—though to compare the extent of my education in this matter with his would be rather like comparing the literacy of a grade-schooler with F. Scott Fitzgerald. Nevertheless, we approach economics from a similar angle, and we both love Deirdre McCloskey’s work, among other thinkers beyond the walls of Carow Hall.

But I’m not sure I entirely agree with his statement, and I certainly don’t share his cynical attitude.

To be sure, I will not deny that violence, deception, and other evils can and do become institutionalized. I will not even deny that that goes on in America at the federal, state, and local levels.

“What then,” you might ask, “do you actually disagree with him on? You tedious ass.”

Answering that question will require me to step back for a moment, and sketch out the frame I’m approaching this from.

What do we mean when we speak of “good government”?

Obviously a lot of people have offered a wide diversity of answers to that question. For myself, I like to begin with the question of what we mean when we speak of “good” anything.

I subscribe to a naturalistic conception of the good, as most thoroughly fleshed out by Philippa Foot in Natural Goodness. Foot and her fellow naturalists begin by asking what we mean by saying that a rose, say, is a “good rose”; equating this to saying it is a “good specimen of roses generally”. By this we do not simply mean that the good rose is simply the most representative of them all. No, the concept is more normative than that!

We mean, for instance, that it has the healthiest petals, the thickest roots, the least faded coloring, and so forth. In short, there is some conception of what a flourishing rose looks like, based on our understanding of the nature of roses. So if a blight were spreading among roses, and most were in some stage of withering, we still wouldn’t call “a good rose” or “a good specimen of roses” one that was in a stage of withering, even though that would, at that particular moment, be quite representative. No, it would be precisely in such a situation that the notion of “a good rose” would be particularly useful, as healthy, flourishing roses would be more valuable and in need of identification and protection.

Goodness in this sense is what Daniel Russell refers to as a model concept (summarized here). It provides an ideal that we can measure something against. Most crucially, it provides us a valuable tool for determining when “good enough” just is “good in fact”. No one thinks that there is the perfect, Platonic form of a rose out there somewhere. Instead, naturalism and the model of good roses gives us a path for saying that this rose is a good rose, even though it may have lost some of its hue, say.

Such models cannot merely be arbitrarily constructed. They are to a great extent discovered, though there is no getting around the constructed and social nature of human knowledge in general—but not all constructions are created equal! But I digress.

I am not a political philosopher, political scientist, or political economist, and this is but a blog post. I’m not going to offer a theory of government here, in any meaningful sense. But I will say that I think we can speak of “good government” in the sense of a flourishing body politic.

Such flourishing, I think, involves trust (but most importantly, trustworthiness) on the part of the principle actors, who pursue the duties of their roles prudently and in good faith. It involves legitimate authority, exercised with discipline and with a care for the negative consequences of its exercise. There’s a great deal more to be said than this, of course, but I think you get the idea. All of these notions—trustworthiness, good faith, role-based duty, legitimacy, authority, discipline, care—are model concepts which together are (with other such concepts not listed here) constitutive of the model concept of “good government.”

All governments fall short of the ideal, but Russell stresses that that is no mark against the model. In fact, the very purpose of the model is to provide the top of a scale, and to tell us at what point our proximity is close enough to cross into the threshold of real goodness.

Actually, it’s About Ethics in Rhetoric

If Sam’s statement were simply about “the system” as it exists today, we might differ on some details but basically agree. But my reading of Sam, as a GMU alumni, is that he takes moral wickedness to be intrinsic to the nature of the state, especially the modern, large-percentage-of-GDP, highly regulatory, surveillance-enabled state.

On this we disagree, though I’m no fan of those specific characteristics either. Nevertheless I think we can meaningfully speak of “good government” in a sense that can be discovered, rather than merely conjured abstractly in an ivory tower.

Moreover, I worry about the effects of Sam’s cynical rhetoric.

The other Sam with a Twitter account that has a duck icon who writes here thinks that we GMU types, focused as we are on the negative lessons of public choice (such as “government failure“) create a self-fulfilling prophecy. By arguing that politicians are always and everywhere amoral opportunists, we put an “honor tax” on morally upright people who might want to go into politics. By saying ideals are precluded from the start, we discourage searching for viable models of good government to strive towards.

My father has explored this dynamic in his book and on his blogs. It goes like this: over the course of the 20th century, our political class adopted a model of good government that required achieving cosmic changes. In order to succeed in one’s campaign platform, one had to eradicate injustice, and scarcity, and complete enormously ambitious urban engineering projects. In short, they adopted an impossible standard, though it was a standard.

A century of failing to live up to their promises did not help them as they collided headlong into our radically altered information environment. In 2011, and since, we saw an explosion in mass protests around the world, starting with the Arab Spring. The lesson my father draws from his examination of these protests is that collective action on such a scale was possible through the complete absence of a positive program. Without flying a communist, anarchist, democrat, republican, socialist or libertarian banner, these protests were able to draw huge numbers of people whose primary goal was negation. All could agree that they believed their government to be corrupt and the cause of all their social ills.

Amazingly, whether the government was a military or religious dictatorship, or a parliamentary democracy, or a republic; and whether the economy had deteriorated over the last few decades or (much more likely) had grown, the accusation appeared to be identical. The cosmic demands of the public had not been met, and the diagnosis is a conspiracy against the public on behalf of corrupting influences.

My father believes that such negation destroys legitimacy, a model concept he has a particular specification for, involving a shared story of who may justly wield authority and to what ends. Moreover, he believes destroying it will not result in the fulfillment of the cosmic aspirations of the protesters, or, for that matter, the libertarian night-watchman state or anarcho-capitalist utopia. Instead, it is likely to result in strife, violence, and disorder, with a highly uncertain aftermath that is in no ways guaranteed to be better or as good as the status quo.

I would connect this argument with Sam H’s. There is evidence that believing that amoral opportunism is all anyone is capable of tends to make us more amoral and opportunistic. If it is universally believed that only amoral opportunists can succeed in politics, what effect can we expect that belief to have on who decides to go into politics and what they’re like once they get there?

Instead, I’m asking my GMU comrade Sam Wilson, and anyone else who might happen to read this lengthy bit of Internet rambling, to take the task of specifying a model of good government seriously. Or at minimum, take seriously the idea that such a specifically is possible, and abandon the tempting but corrosive rhetoric of negation.