The bleeding heart libertarian starts out with some moral ends in mind. That forces that sort of libertarianism into a politically activist position with regard to reform. I eschew that approach, considering all reform to be destined to failure. Feel free to disagree, but keep in mind that the victims of successful reforms are unobservable.

They are Bastiat’s Unseen. We really like to apply Bastiat to reforms that we consider interventionist, or from our point of view on net harmful, or not fitting with our sympathies. But Bastiat must also be applied to those reforms that do activate our sympathies. We must always check to be sure that it is not a factional sympathy that is aroused, nor a telescopic sympathy, but a general sympathy.

Andrew Cohen thinks a parenting license is a good idea, justified on the basis that it will reduce the amount of other sorts of regulations required, and on the moral premise of Mill’s harm principle. Brilliant on the basis of calculus. Cohen pre-empts two sorts of objections: (1) a presumption against regulation of all sorts, and (2) a belief that we do not have the means of testing parental competence.

To rebut the first objection Cohen suggest that the new license would allow for the repeal of various other regulations, hence, on a Kaldor/Hicks basis, we have less net regulation. But Cohen fails to explain how the special interests that maintain the existing regulations could be appeased into accepting repeal of their rents. Who will pay off the teachers’ lobby and the consumer protection agency? Those entities are political powerhouses. 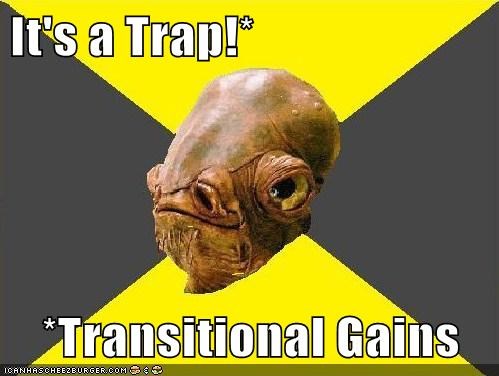 The second objection Cohen addresses is akin to Hayek’s knowledge problem. How can we know who will be a good parent? Cohen suggests that we only try to weed out those who would obviously be bad parents, perhaps by administering an exam or two. He also implies that the cost of licensing would deter bad potential parents from entering into the endeavor.

Very well, but this would also weed out many good parents, unless one simply defines good as wealthy.

It further ignores one point that strikes incredibly close to home. Any honest and good parent would immediately confess to sometimes being a bad parent. Perhaps not an awful parent, but certainly at times emotionally harmful, occasionally guilty of placing children in harm’s way, and despite all best attempts to the contrary often negligent.

But all this should be swept aside. Cohen’s real fault is assigning to a centralized bureaucracy that which each of has a better probability of deterring individually. How can we really deter bad parenting? Here’s a crazy idea: how about inviting the neighbor family over for dinner?

In isolation, sympathy does not discipline the behavior of weak parents. But when we get together with other families good habits are caught. If we form a strong bond, the threat of being rejected from that group serves as a powerful deterrent against bad behavior. Morality is what we share.

My kids were out playing in the neighborhood one summer’s day when I decided to take the dog for a walk and to see what they were up to. Not finding them in the likely places I did a more extensive search through the neighborhood. One of the neighbor boys had been climbing a sign-post when the sign fell off the top and landed on the lad’s head. My kids had been with him at the time, and were in front of his house when they explained what happened.

Finding no parent at home I intruded the premises (willing to assume full liability for whatever followed) and found the boy with a 6 inch long gash down the middle of the scalp and a lot of blood in a bathroom. We called the mom, and asked if we should take him to the hospital nearby, but she said she was on the way. But all that blood. I got him cleaned up so that the mom did not pass out when she saw him.

Since then (and before) I’ve known the neighborhood kids pretty well. I’m involved. Most of them are boys and I’ve got girls, so there’s a good reason to know each of them personally. And we regularly welcome the other kids (and parents) into our home.

When I worked at an inner-city boarding school I was often responsible for taking kids to the pool at the local YMCA. Sometimes other kids were there, misbehaving. I often crossed a line with a simple “NO” and saw behavior improve. Maybe it’s because I look like a narc, but I would hope someone would do the same for my child.

This isn’t just “it takes a village.” It is more. And it is practiced more than it is the product of theory. It takes concentric realms of responsibility, and a willingness to cross some lines when the situation demands it.

I suggest Mr. Cohen’s have dinner with the neighbors sometime. As usual, if he lacks an opportunity, they can dine with me.