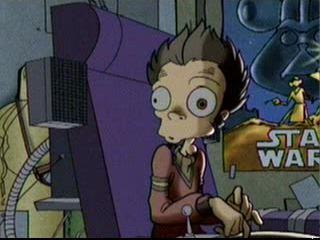 The Roman world, when the early Christians exploded onto the scene, was a world awash in myth and ritual. When Christians came proclaiming that they had one additional god to which they prayed, it was natural for the Romans at the time to ask exactly which one they had in mind. Jupiter perhaps, or Apollo, or one of the mystery cults like Dionysus, or some other God, like the God of the Persians or of the Egyptians. The Romans were entirely used to new myths coming along, or new sub-cults seeking to elevate one of the deities above the rest. The pagans dealt with this tension, these competing cosmologies, by separating truth from religion, from rituals. The philosophers, lovers of truth, wanted to encounter the divine through reason, and therefore rejected the myths, even as they demanded duty to the God their reason identified.

The paradox of ancient philosophy is that intellectually it destroyed myth, but also tried to legitimize it as religion, as ritual. If you could pay homage to the cult of the emperor it didn’t really matter whether you actually believed that the emperor was divine, and fulfilling your duty to Neptune demanded sacrifices, not anything so prosaic as intellectual assent to his creation myth. This uneasy balance was destroyed by the early Church, who insisted that the God they worshiped was not a God of myth, but Being itself, the God that the philosophers had begun to apprehend. That their God demanded, not sacrifice but belief. That true religion was not empty ritual, not merely a useful custom that must be performed for the sake of edification, but was actually true. As Tertuallian formulated it, “Christ called himself Truth, not Custom”.

This reconciliation between truth and myth was always fraught, as a faith that professed itself as Truth needed to carefully ensure that reason was never entirely unbounded by myth, and once myth could no longer constrain truth, to change the myth to fit the new truth. But there is only so many times that the myth can change, and only so quickly, only so many parts that can be hived off before the whole myth is called into question, and the ritual stands empty once more. A culture that was not prepared to entirely sacrifice the idea that myth and Truth should be at cross purposes created a new myth, which subsumed the old and imbued the traditional rituals with new meaning. The old God of the philosophers was replaced with a new telos, Reason, Liberty, Equality, Progress. But the new gods were as austere, only slightly more atheistic than the pagans found the Christian god. One can provide their assent to mystical Equality, but that mystical union that accompanies the dissolution of self and submersion into a larger whole must come from rituals that involve other personalities, and the God of Equality is not personified. Ritual union, if it is to occur, must be union with a community, not union with an ideal.

The new gods require new myths, but as the new gods are social gods, the new myths no longer need to be true. The new myths are created rather self-consciously to serve as myth, intially by Christians seeking to preserve what wisdom they could by implanting some of the old myths into the new, what JRR Tolkien called Mythopoeia, but the myths that survive are ones that serve the appropriate social function of bringing together a community to engage the ritual and propagate the myth. This can be political, like the myth of class solidarity or natural rights, or the apotheosis of founding fathers into paragons of virtue, like George Washington and the cherry tree, but just as often is not explicitly so. The most popular myths and rituals are cribbed from Germanic pagans, Christmas trees, Easter Eggs, the Easter Bunny, Santa Claus. Liberated from the need to be true, and from the need to appear true, the new myths are instead selected for their role in ritual, until the ritual and myth become entirely severed from any tether to any teleological end, a self-sustaining ritual cosmology, protected from collapse by the complete lack of any expectation of coherence.

One of the functions of ritual is to bridge the gap between the fact of continued inequality in an egalitarian age, and the yearning for unity, of the kind which can only be found amoung equals. It is in this context that the new myths thrive, by creating a world so alien to our experience, that they can be encountered without our baggage. The triumph of the new myths is to make the characters so archetypal, the story so uncomplicated, that a vast swath of people with widely varying backgrounds and experience can immediately identify and lose themselves inside the story unreflectively, providing a common experience that can be shared across lines of gender, class, occupation, generation or race otherwise unavailable. A world where lawyers, doctors and engineers cosplay cheek by jowl with installers and plumbers, retail workers and draughtswomen, lost together in a fantasy of power and triumph which transcends them.