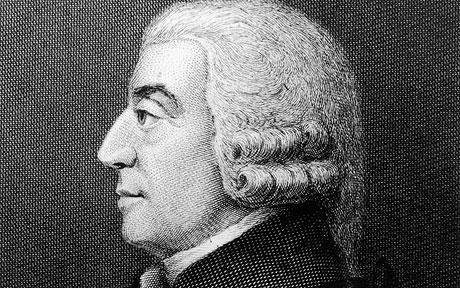 Economic theory today exists entirely within the narrow confines of utilitarianism, and positivism still reigns as the accepted philosophy of science. In philosophy itself, the former has been almost entirely abandoned as unworkable, and the latter has been completely demolished.

In a way, that makes the accomplishments of economists all the more amazing, given the materials they were working with. But these philosophies were discredited for a reason—they have serious problems which they lack the resources to resolve. You can see this in the critiques that economists themselves largely agree are merited, such as the results of behavioral economics. With the notable exception of prospect theory, it has proven unfeasible to integrate the insights of behavioral economics into economic theory.

When your theories lack the resources to overcome persistent problems, it doesn’t hurt to start looking at how other frameworks might address those problems. In this regard, the forthcoming Economics and the Virtues, edited by Jennifer Baker and Mark White, proves an invaluable resource.

The collection brings together thirteen different authors, some economists and some philosophers, who each make their attempt to bring the narrow framework of economics into dialogue with broader philosophical questions. As the name of the volume implies, this focuses primarily on virtue ethics, but not exclusively. Mark White’s essay, for instance, attempts to bring Kantian considerations into economic analysis, though he does do so through emphasis on the kind of person necessary to follow Kantian imperatives, bringing it closer to virtue. And Jason Brennan’s essay simply approaches the question of whether markets corrupt our character, a topic he has focused on a great deal lately.

But the rest of the essays focus particularly on how virtue ethics can be used to bring valuable insights and much needed sophistication to economic theory. One essay I would call out as likely to be of special interest to economists is Andrew Yuengert’s “The Space Between Choice and Our Models of It,” a powerful treatment of the limitations of economic models and how Aristotle’s conception of practical reason can fill the gap. Yuengert is the author of Approximating Prudence, where this and related topics are treated in greater depth.

The collection includes a great deal of history of thought in addition to attempts to synthesize different frameworks with economic theory; Eric Schliesser’s essay, for instance, details the way in which the subject matter of economics and moral philosophy went from being treated as one and the same, to distinct.

One criticism I would make of the collection would be that there were several essays that were stronger in their presentation of the history of thought they were interested in than in laying the grounds for a synthesis. The first essay, by Christian Becker, provides an excellent overview of economic rationality in Aristotle and in modern economics, but ends with talk about a “virtue of sustainability” and other such things. This seemed an awkward marriage of the modern notion of sustainability with the ancient notion of virtue—one that improved neither.

This does not, however, detract from the fact that the collection is a valuable source of insight, especially for economists used to operating within only one framework. For anyone looking to enrich their economic analysis with insights from frameworks that have been discussed for thousands of years, the essays in this book are an excellent place to start.

Economics and the Virtues will be out in March.

4 thoughts on “Ancient Wisdom and Modern Toolkits: A Review of Economics and the Virtues”