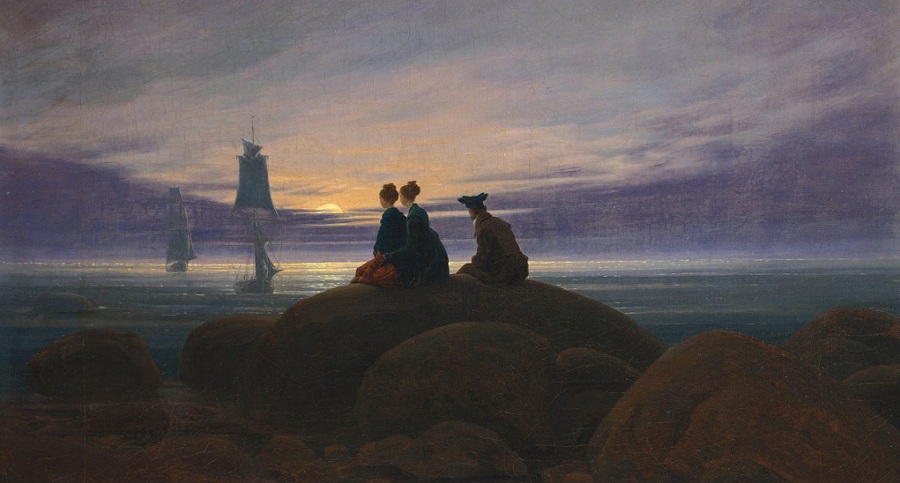 Featured Image is Moonrise Over the Sea, by Caspar David Friedrich

The characterization of persuasion as performed by the sophists—handed down to us in the pejorative sophistry—is that of pure manipulation. Other human beings are reduced to means for us to achieve our ends. Alasdair MacIntyre views all persuasion this way. In this, he is more Platonic than Aristotelian.

Aristotle observed that the form of Socratic dialogue doesn’t differ substantially in appearance from the sophist’s rhetoric. Indeed, many would consider Socrates among the worst offenders, where sophistry is concerned.

The difference between dialectic and sophistry is a matter of ethical commitment. Or we could say that it is a matter of committing yourself to the spirit of inquiry, just as the good lawyer interprets the spirit rather than merely the letter of the law, and we honor the spirit of our obligations. In short, it is about practicing in good faith, by honoring the spirit of the practice, rather than cynically and opportunistically bending it for our convenience.

The romantic critics of technology and social science, among whom I would count Heidegger and Gadamer, seem to believe that all technology, science, and bureaucracy are pure manipulation. Yet hierarchy, technology, and inquiry have very long histories. The romantic criticism envisions a past in which we had a more authentic relationship with our tools and our surroundings. It is for good reason that such days-gone-by thinking is derided as romantic in a pejorative sense.

Like rhetoric, the form of the made—from our tools to our organizations—differs only in degree. But differences in kind are determined by the spirit of the thing. A bureaucracy in which everyone holds an ethic of treating one another like fellow full human beings is very different from one in which employees are resources that need to be allocated, like coal.

The technocratic impulse is sold as a detached, rational thing, but in practice it always has a spirit. And in the 20th century, the spirit of technocracy was, ironically enough, usually a species of romanticism.

Thus Heidegger, the critic of technocracy, became an ally to the regime that was iconic for its literal factories of death. Why? Because of the romantic, nationalist spirit behind the thing, evident in their propaganda. The Soviets, which many foolishly put on the opposite end of a spectrum from the Nazis, were basically identical in this regard. Again, just look at their propaganda. 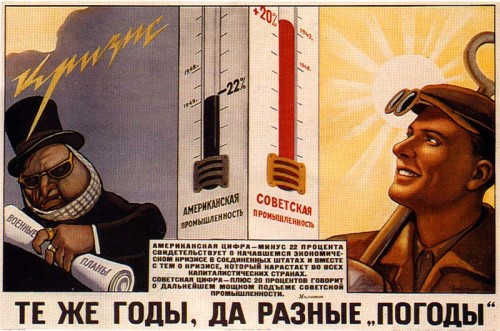 What our age needs is a humanist spirit that has not been warped by romanticism. We need to heal the severed link between spirit and reason. Let us stop thinking of reason as something that concerns narrow, instrumental relationships among objects and objectified subjects, and instead begin thinking in terms of the unity of ethics, politics, and rhetoric.

The current of history runs deep, and there is more to our age than enlightenment and counter-enlightenment, rationalists and romantics. It’s time we began to explore those greater depths again.