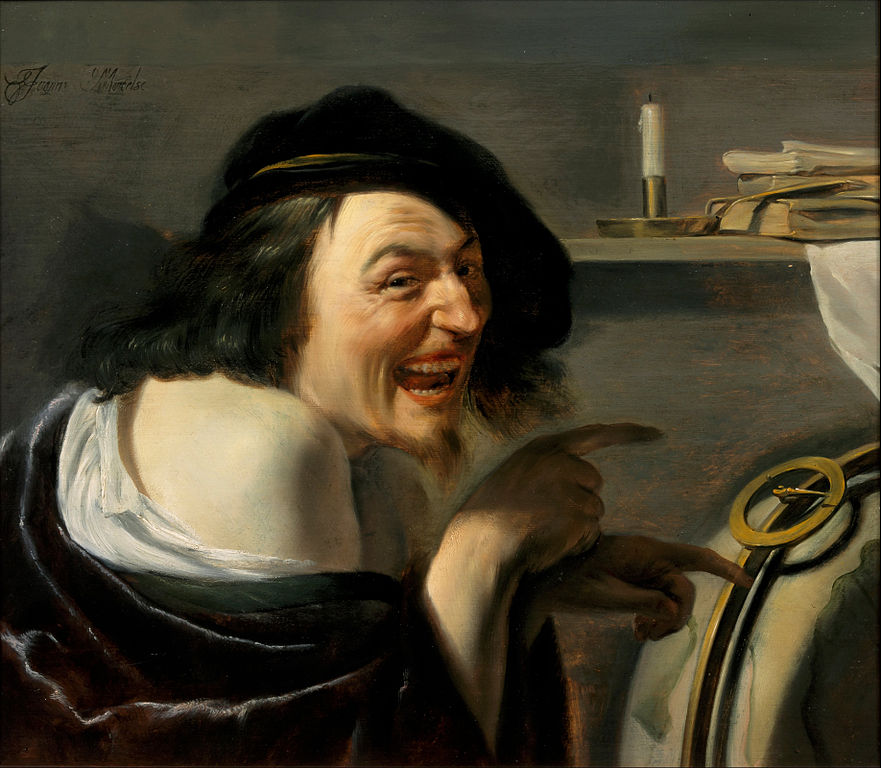 Francis: I would like to apply some of what I have read recently, if you wouldn’t mind.

Paco: Unless you’ve recently been reading murder mysteries, I don’t see why not.

Paco: Oh, that is so much worse.

Francis: Come on, I want to try to make you laugh!

Paco: I would rather you killed me in a more direct way.

Francis: Don’t be such a spoilsport. Try this one on for size: what happens if you eat yeast and shoe polish?

Paco: Do you really need me to ask “what”?

Francis: The next morning, you’ll rise and shine!

Francis: You see, that was an example of “wordplay”. It makes use of the flexibility of meaning to subvert expectations.

Paco: Well, now that I know why it’s funny, I guess that’s my cue to laugh.

Francis: You’re right, you’re right. I shouldn’t need to give you the theory, if it’s really funny. Let me try an ethnic joke to help you overcome your sociocultural inhibitions—

Paco: You know what, I think I’m comfortable with my inhibitions. Thanks for the thought, though.

Francis: OK, but I’ve got this wonderful one that lets us indulge in our shared superiority to the outgroup—

Paco: Have any of these theorists ever successfully cracked a joke in their life?

Francis: Let’s not confuse theory and practice, here. I know you haven’t read as much as I have, but that’s pretty elementary.

Paco: So there’s some value in observing comedians as if they were chimpanzees, then?

Francis: How else could we really explain what it is that they do?

Paco: But if the theorists are completely incapable of cracking a good joke, what good are their theories? In what sense have they understood humor, at all?

Francis: Would you expect a particle physicist to be better at…being…a physical thing?

Paco: I see you bring a similar wit to your jokes and your rejoinders.

Francis: Well, is application all that there is to theory?

Paco: Surely you would agree that physics and comedy are very different.

Paco: The principles that govern a catapult or a nuclear power plant are the same everywhere and at any time in history. What makes something funny is almost entirely tied up in a particular situation. It’s tied to life! It’s not something you know in advance, it emerges as practice, it is understood in application, and nowhere else.

Paco: Nice try, but you have got to work on your timing.

Francis: I mean it! You’ve just made the classic mis-step of theorizing about the impossibility of theoretical knowledge! The argument defeats itself.

Paco: But this is different.

Francis: I know just the theory that explains why I find that response humorous…

Paco: Is murder still on the table?

Francis: Come on, admit when you’ve been bested.

Paco: It’s very possible that I have been. But I worry that we may fail to distinguish just because we’ve used the same word for something. Surely the knowledge it takes to understand a joke in a way that makes us laugh is different from the knowledge of Pythagoras’ Theorem or the Heisenberg Uncertainty Principle. And surely the kind of theory that allows us to build a catapult is different from the kind of theory that helps us understand jokes in a general way.

Francis: And is this theory of theories yet another kind of theory?

Paco: All right, I admit I don’t know all the proper distinctions and can’t anticipate your traps. I’m sure you’ve read much more about this than I have.

Francis: No need to be cranky about it. Here, this will cheer you up: why did the picture go to jail?

One thought on “Funny in Theory”