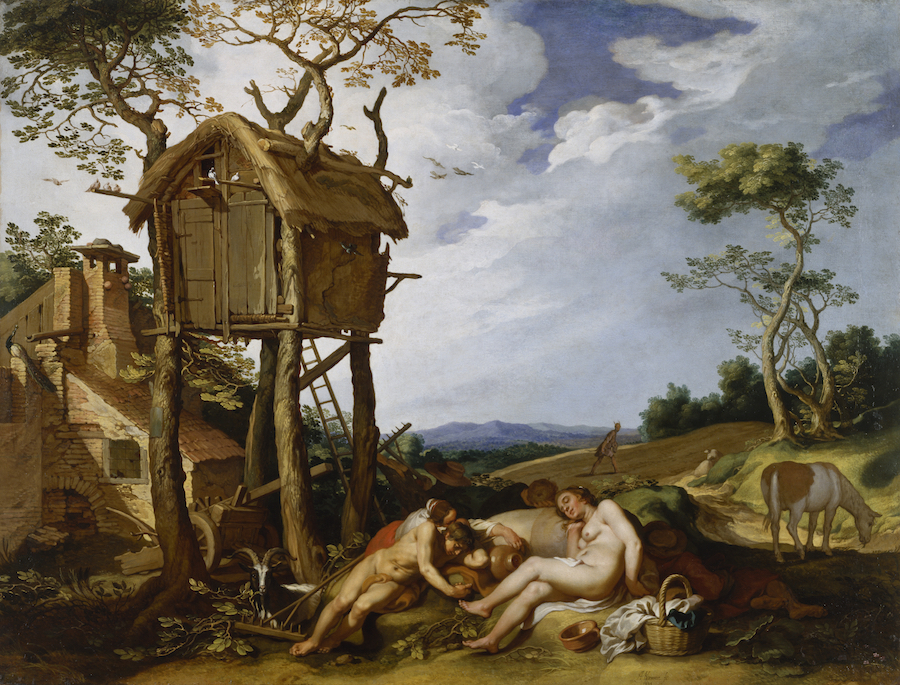 Featured Image is Parable of the Wheat and Tares, by Abraham Bloemaert

Fellow Sweet Talker Akiva is uneasy with virtue ethics and related families of theories. His chief concern is that the underlying assumptions about human nature will be used to shout down people’s voices about their own self-conceptions. In short, taking seriously what Charles Taylor calls strong, qualitative evaluation, will push us away from respecting individual dignity. And this is especially so when we are speaking of higher or lower ways of life, as Taylor says we must.

We could go back and forth hashing out the details of a virtue ethics position that might be palatable to him, but I’d rather find an example where I can dig in my heels and we can discuss the matter.

Let’s visit a common scenario; an adult who lives with his parents, and further, lives off his parents—he has no income of his own. Let’s say that he’s 35 years old. Crucially, let’s say his local economy is in a state equivalent to the height of the dot com boom; unemployment is so low, the job offers are practically knocking at his door. It would take very minimal effort for him to get a job that paid enough for him to live on his own, or with roommates. Or at least to pay his parents rent and cover his own costs.

Instead, he stays at home, and watches TV; primarily reality TV and cable news. He has minimal contact with his friends, and hasn’t dated since he was in school. His parents live to a very old age and he lives this way until they die. He needn’t have been perceived as a burden; perhaps they could easily afford to support him and were happy to do so.

Forgive me, but I cannot help but see that as a lower way of life than someone who puts in effort to provide for himself, is married and has children, has numerous friends, and continues to better himself in multiple ways. It seems to me that our hypothetical sloth has cut himself off from everything that imbues life with meaning, that is admirable or good.

And it seems to me that virtue ethics provides a useful framework for talking about this. Just as we can tell when someone is born with an unhealthy heart because we have a normative sense of what a good heart is, so too do we have valuable notions of what a good person and a good life are. These are much more fluid and manifold than something as concrete as a heart, but a lot of the basic things that characterize such lives are the same in broad outline: love, initiative, integrity, responsibility, and so forth.

Akiva’s argument is that everyone deserves to have their dignity respected, and to categorize the layabout as living a lower way of life is to impose ourselves on them. In short, disrespecting their self-conception is the same as encroaching on their dignity.

I cannot agree. I am not going to crash into this person’s house and start imposing my authority upon him and his parents. I can respect their dignity as human beings able to make their own choices without thinking that all of their choices are good. To attempt to discard our ability to speak of whether other people are making good choices or not seems to me to simply embrace nihilism—a rather severe consequence if preserving ethical egalitarianism is your goal.

But I invite Akiva, or anyone else, to persuade me otherwise.