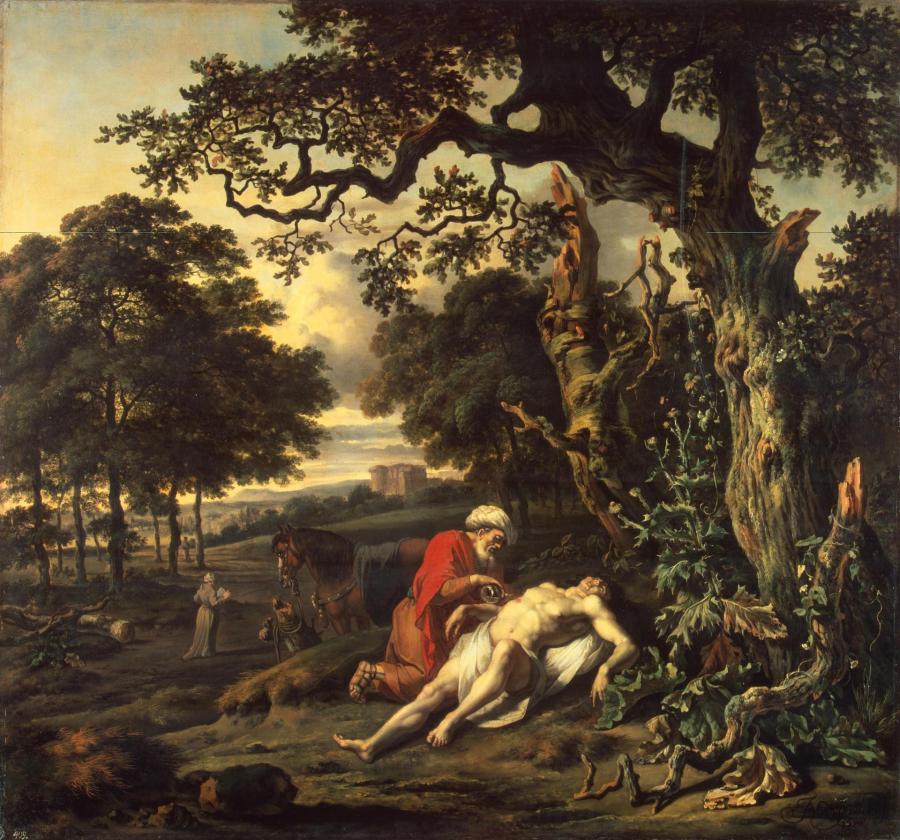 Featured image is The Parable of the Good Samaritan by Jan Wijnants.
This argument (though, I grant a VERY weak form of the trope), that Western Civilization rests necessarily on Christiandom, seems logically and empirically false:
First, if this is true, then the rise of whatever is good about Western Civilization must have had an incredibly long incubation period. Long enough that dialectical materialism might even be true. The Great Enrichment postdates the emergence of Christianity by 1800 years, give or take; and Christiandom (as established by Constantine) by 1500 years.
Second, there are enough contradictory data points, both Christian nations that lagged in making progress, and nations not explicitly Christian that did not lag so, that any interpretation of the existing data that arrives at this conclusion is a spurious reading at best.
Finally, I find the elements of Western society that are most imbued with Christiandom the most troublesome. That is, whatever the influence of Christiandom on Western society, I hardly consider it a positive.
Western society has progressed, since the Great Enrichment, wherever the radically egalitarian treatment of processes of coordination and cooperation among disparate individuals has been adopted. Liberalism.
This is from my point of view a particularly Christ-like way to treat people, but Christiandom has not always acted so Christ-like. A Christ-like treatment of people requires sacrifice, which goes beyond egalitarianism-in-process and practices personal voluntary sacrificial charity, even toward one’s enemies. Such an attitude cannot be enforced or underwritten institutionally. It must be an organic byproduct of gratitude for Jesus’ completed work in an individual.
Where more people are living in a Christ-like manner, we can hope to see a more egalitarian attitude prevailing.
Thus, importantly, there is nothing special about the institutions of Christiandom that helped to bring about flourishing. Rather, where those institutions enjoyed a special relationship with privilege and power, Christiandom was a rot.
I do think that Christ-like behavior may have been important for the rise of flourishing, though such behavior would have happened on such a micro-scale that it would not have been easily reported. Particularly since the practitioners of said behavior would try to remain anonymous where possible.
And let me clarify that Christ-like behavior may not be peculiar to nominal Christians. Tonight I listened to a Muslim man talk about how he forgave the Fishtown racist who tried to shoot him in the head with a shotgun, and even worked to prevent the murder-by-State of his would-be murderer.
Where individuals organically generate trust among neighbors and equal treatment towards others (sympathy), as compared to circumstances where individuals generate distrust and tribal attitudes (faction), social coordination and cooperation are free to emerge.
Institutions that encourage sympathy and discourage faction provide fertile soil for the emergence and acceptance of markets, and dignity toward marketeers. Impersonal exchange rests upon the virtues of impartiality.
Though expressed in somewhat different terms, Cathy, following Auntie D, gets it right.

One thought on “Tracing the Origins of Flourishing”