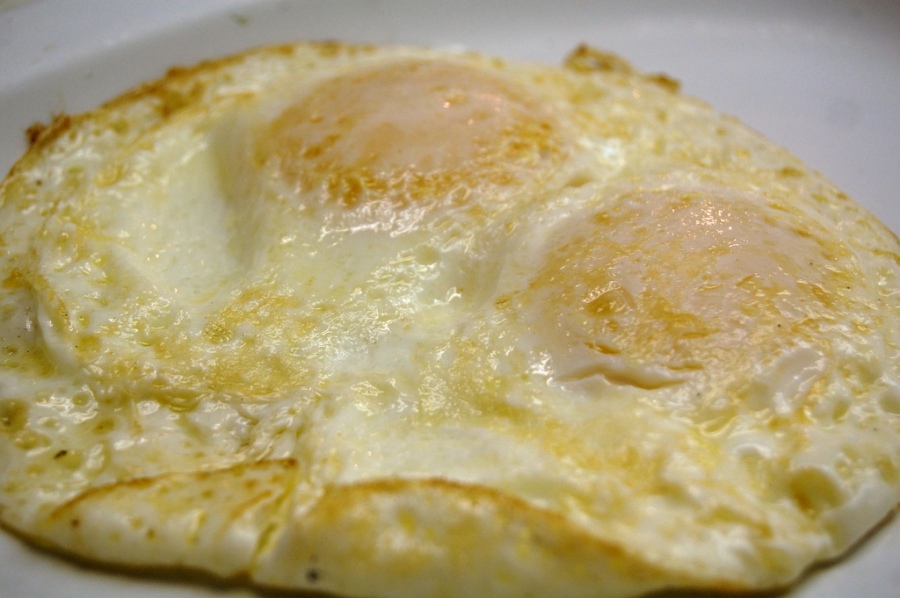 At some point in, I think, 2003 or 2004, I was sitting on the rooftop of a quite pleasant and dirt cheap hotel in Marrakesh, as a morning of medina chaos unfurled around us. I was meeting some new American friends–North Eastern educated types (you know, the “good” kind of American)–and the hospitable Moroccans were cooking us breakfast.

“Over easy” was the request. It was met with polite, faltering confusion from our local server. “Over easy?” asked the American again, with a confused, rising inflection. While I winced, my new friend tried again. I can’t recall if they compromised on scrambled or fried, but there was ultimately a mild, but clearly palpable American irritation at the state of the eggs.

My fellow Sweet Talker, John David Duke Jr, musters a poetic defense of Americans (or, perhaps, indictment of anti-Americanism) in these pages. While I’m less poetic, I do like America. I am actually rather happy to defend it, and will on occasion do so. In fact, I like it and its denizens so much that I have spent the past seven years in the fine metropolis of New York City and, for so long as the capricious immigration bureaucracy continues to smile upon me, I will stay. It is partly for this reason I feel obliged to share with my American friends the reasons why you are disliked. Spoiler: it is not because of your freedoms.

It is because of your unshakeable belief in your exceptionalism. It is because you cannot believe you have anything to learn from other nations. On healthcare: “Single payer health care may work in those other countries, but it won’t work in America.” “Well, yes, we pay too much for healthcare, but we do have the best in the world!” On gun control: “Well, it may have worked in Australia but America is different.” Don’t even get me started on the controversy over the mere citation (citation!) of foreign legal opinions in the Supreme Court. Much like teenagers convinced that they are the first to feel heartbreak, you think you are the first to encounter issues of civic policy.

It is because of your foreign policy. The “milquetoast” George W. Bush [see correction] presided over an unjust war, built on a lie, and yet the manner in which impolitic foreigners mentioned his “evil” nature chafes on you. Sure – those foreigners are guilty of rudeness, and unfairly demand of of you penance for the actions of your government. Sure – it’s shitty synecdoche, with you standing in for your nation. But you are surprised that they have a problem they want to talk to you about? That they burn to tell an American–any American–that it’s evil?

It is because, on the rooftop of a Marrakesh hotel, you are unaware that “over easy” is a uniquely American request.

But, honestly, you are not really to blame for these things. You enjoy one of the great blessings of hegemony–blissful ignorance–while the rest of the world cannot afford to be so foolish. And, yes, that hegemony is a burden you carry too

My suspicion is that any nation, rendered into an island by the sheer gulf of power from the next nearest, wrested further into factions by its own historical struggles, and drowning in the sheer volume of its own cultural output, would bear these same features. We’re all just trying to get by, and though the European left may imagine themselves more virtuous, history does not bear out the thesis that they are uncorrupted by power.

And so, by the power vested in me by no one at all, I absolve you of any sins, and forgive your confusion. But you should no longer be surprised.

Correction: The “milquetoast” Bush to which JDD Jr referred was Bush the elder, not W (and quite clearly so, on review), which does indeed make his story all the weirder. I really do regret the error.