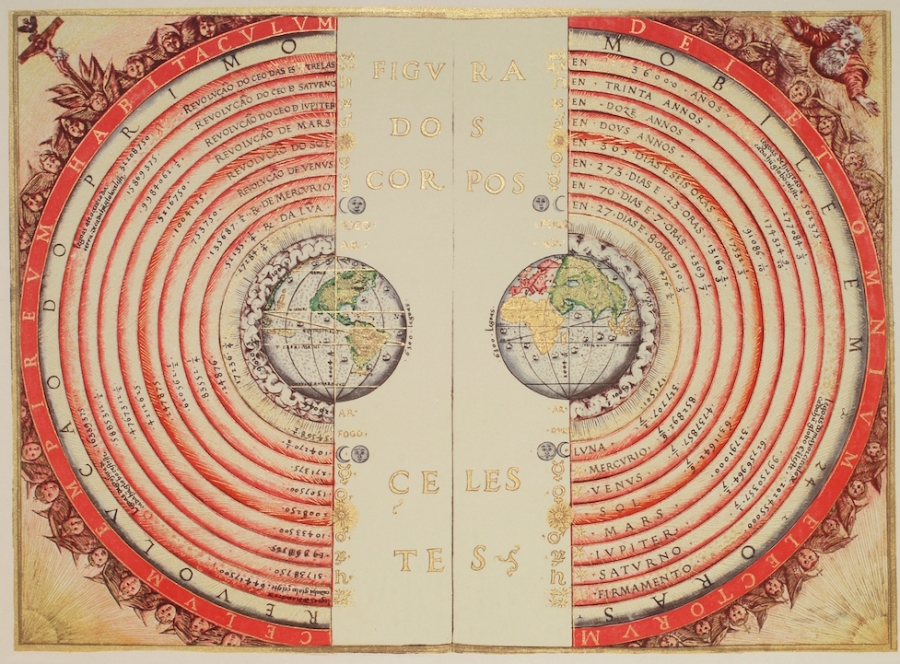 Featured Image is an illustration of Ptolemy’s system by Bartolomeu Velho.

What is a model?

The answer used to seem obvious to me. I was of one mind with Wittgenstein:

For we can avoid unfairness or vacuity in our assertions only by presenting the model as what it is, as an object of comparison—as a sort of yardstick; not as a preconception to which reality must correspond. (The dogmatism into which we fall so easily in doing philosophy.)

But to Aristotelians and Platonists, the model appears to belong to reality rather than being some separate thing we construct as a yardstick. And to Heidegger and Gadamer, preconceptions are front and center in establishing the conditions of understanding.

I wandered through conceptual murkiness as I attempted to understand these various lines of thought. When I encountered the Wittgenstein quote above, a particular conception of the model came sharply into focus.

In what follows, I will argue that Wittgenstein is right, but—as he would no doubt have happily conceded—incomplete in his treatment of models. I will integrate it into Heidegger’s notion of the fore-structure of understanding, which makes up our hermeneutic situation. I will try to avoid being overly technical—you can think of the hermeneutic situation as your standpoint, including your prejudices as well as the traditions of thought and practice in which you are embedded, and specifically how those things pre-form your interpretations.