In my introductory post on ritual, I drew some DIY distinctions, teasing out some components of ritual in order to talk about them with a little more clarity, namely: Rite (change of status); from Superstition (invocation of luck); from Ritual (communal edification). These are fairly arbitrary, but upon hearing no objections, I shall proceed.

I avoided religious practices in developing my definitions because so much freight comes with the topic, not least of which is the phenomenon of the mass exodus of Europe and North America from its cathedrals and religious identity. Why? the question is asked. Why the mass exodus? Oftentimes the answer is “dead ritual,” in an effort to draw a distinction from “dead god.” Why should I submit to practices and institutions that are basically dead? If God is alive, he is not bound by an institution of bricks, mortar, and incantation.

To be sure, the response cuts both ways. I’m about to attend a handful of masses to commemorate the Nativity of Christ Jesus, along with a majority of attendees who are there because Grandma wants them to be there, and if they do not attend, they risk precluding themselves from Grandma’s love and affection. Why should you submit to practices and institutions that are basically dead, even for one night, as a token for your close kin? Why not be an honest Puck and forgo the ritual of attending so that the rest of us can benefit from the change of status the mass effects without the constant awkward rubrical flubs? 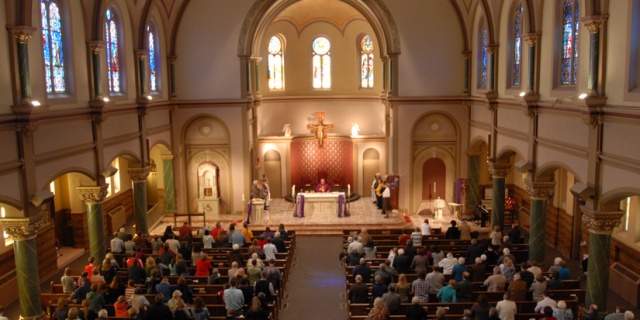 But you can’t do that to Grandma, can you?

One Grandma I know absolutely clobbers the Sanctus, every mass, every time, just blows it out of the water. And the attendant ritual of singing the Song of Simeon as a dismissal: she hits the line, “A light to lighten the Gentiles” with such a sublime force, it brings forth a moistening to my eye, as though she has seen the little Christ child, as promised, and now she can die in peace. It’s a ritualistic requiem, if you will, repeated, given life by her attending to the change of status.

I suppose this little post started out as a screed to encourage those ignorant of the rites to steer clear of my rituals, to come to peace with Grandma, you see, and finally tell her that it’s impossible to be an honest Puck and attend to dead rituals because the rites are dead, but it wouldn’t be right, somehow. Let the light of Grandma’s attending lighten every familial Christmas ritual.