The key all along was to think of the meaning or content of a word as being derived from its use in a sentence—that is, from its contribution to a judgment. And judgments are things we do. They are actions… speech actions, like the act of asserting something. Just as a valid chess move is governed by shared rules over permissible actions rather than the intrinsic properties of a chess piece itself, shared rules of inference and judgment govern valid moves in discourse, rather than the intrinsic properties of words and concepts—much less the arbitrary phonemes that attach to them. 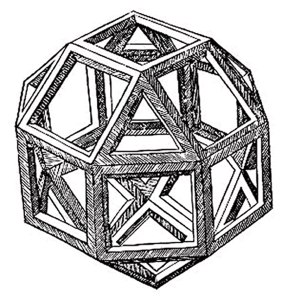 It’s easy to see how this resolves a lot of the problems created by the other school of thought, the one that locates meaning and content in reference, in sign and signified. If meaning comes from reference, then what does the universal “dog” mean absent its particular instantiations? Platonists thought the question demanded there must be an ideal dog, an abstract object with reality just as real as the particular Fido on your lap, perhaps an idea in the mind of God. Nominalists rightly thought that was absurd, and so instead posited that universals are just names that refer to particular things with common properties—preserving the same meaning as reference that led Plato down the wrong track in the first place.

It’s edifying to realize thousands of pages of scholarship, and centuries of debate within Medieval Europe, stemmed from a confusion generated by the inferential structure of ordinary language. Indeed, the failure to make meaning as reference “work” as a theory, combined with the odd resistance to giving it up, has led generations of “semioticians” to radical conclusions like nihilism, post-structuralism, and moral error theory, when it turns out the starting premise was unmotivated in the first place.

Wittgenstein’s Beetle in a Box analogy provides a great illustration of the basic idea. It shows how we can talk meaningfully about concepts, i.e. signs, even without direct access to the private, subjective perception of the thing “signified”. Instead, the shared, public meaning of any given word (like beetle) is given by its use, its pragmatics, particularly in the context of a sentence.

That’s why Wittgenstein argued a language can never be totally private. The rules of discourse, like the rules of chess, only make sense insofar as they are shared. Sure, you could invent a new board game with all new rules that only you know. But when you make a move in a game that no one else around you can recognize you might as well be speaking gibberish.